Clouds and fog have many valleys in Switzerland firmly in its grip. Above it, however, there is often perfect winter weather. A few days ago I was in the village of Aeschiried high above Lake Thun. The small village can be reached from Thun in about 20 minutes and is therefore ideally suited for excursions during the short winter days. The fog boundery was at the height of the village. Parts were in fog, others not, and the dense white-grey mass crept along the slopes, shifting sometimes higher, sometimes lower.

I walked up and down the edge of the village to find motifs. A perfect sea of clouds stretched before me in all directions. The special weather situation created another phenomenon: A Brocken spectre. And I encountered it at a barn standing a bit apart. The setting sun shone on me from behind and cast my shadow on the clouds in front of me. To see was a ghostly image that seemed to have a life of its own and was also surrounded by a colored ring of light.

According to Wikipedia, the Brocken spectre is an optical effect first observed and described on the Brocken in 1780 by German naturalist Johann Esaias Silberschlag.

I recorded a short video with my smartphone: 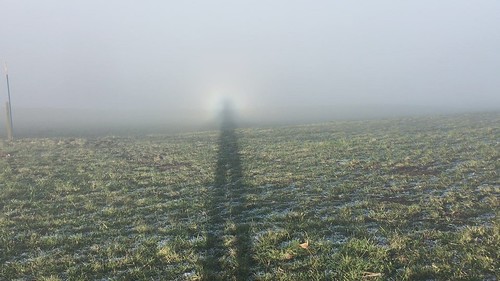 And the pictures taken with a Nikon D70 IR: 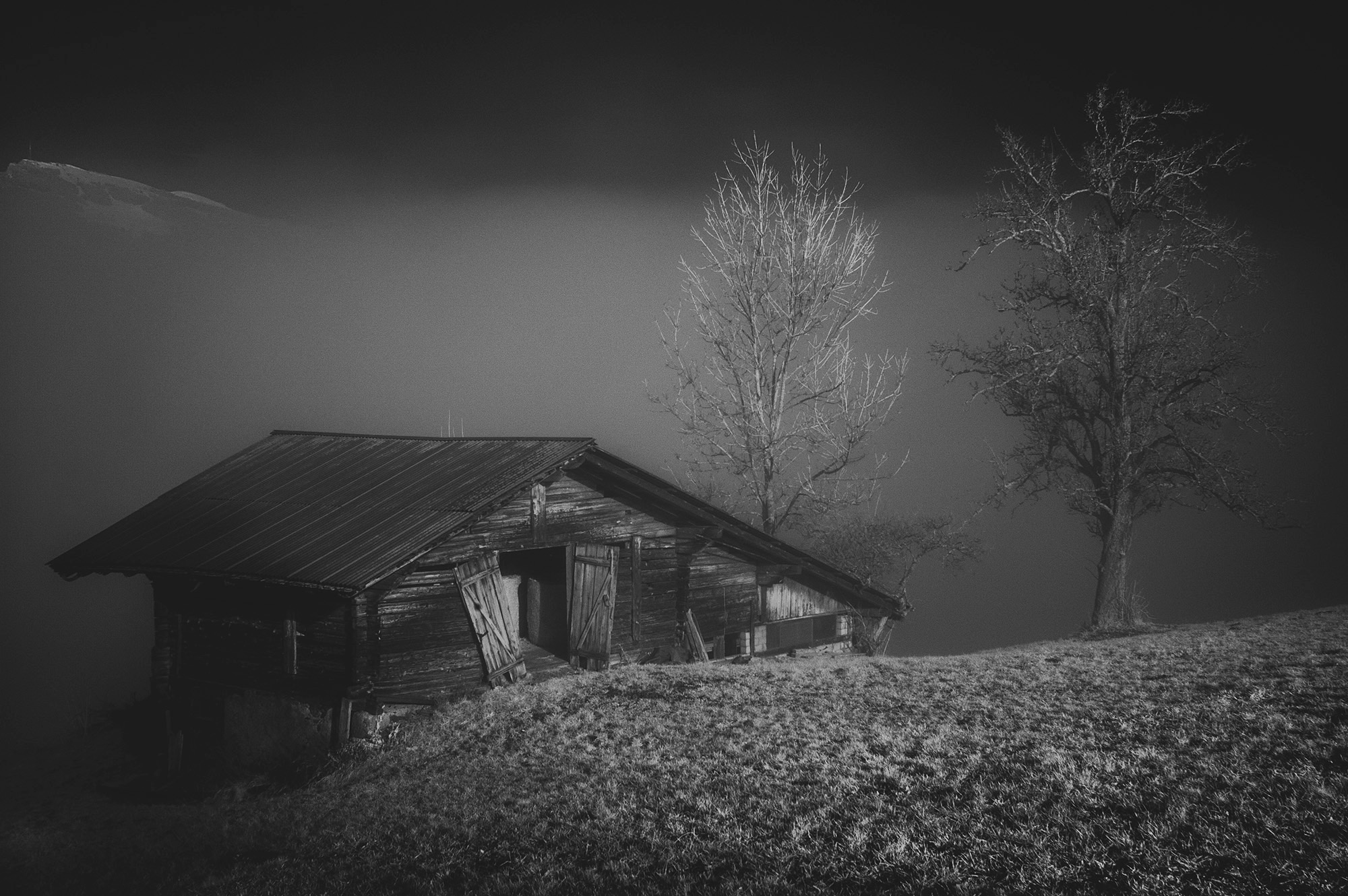 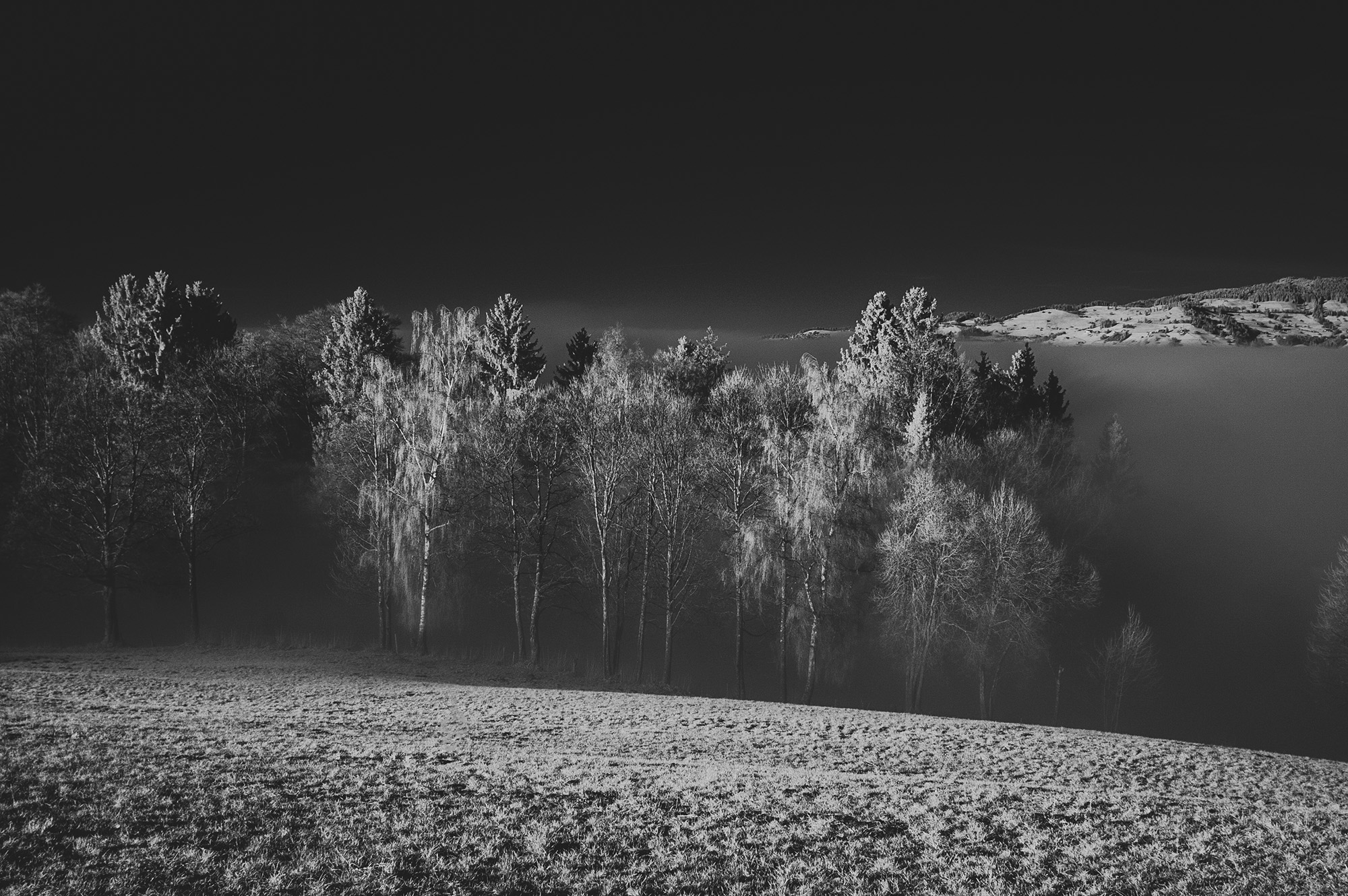 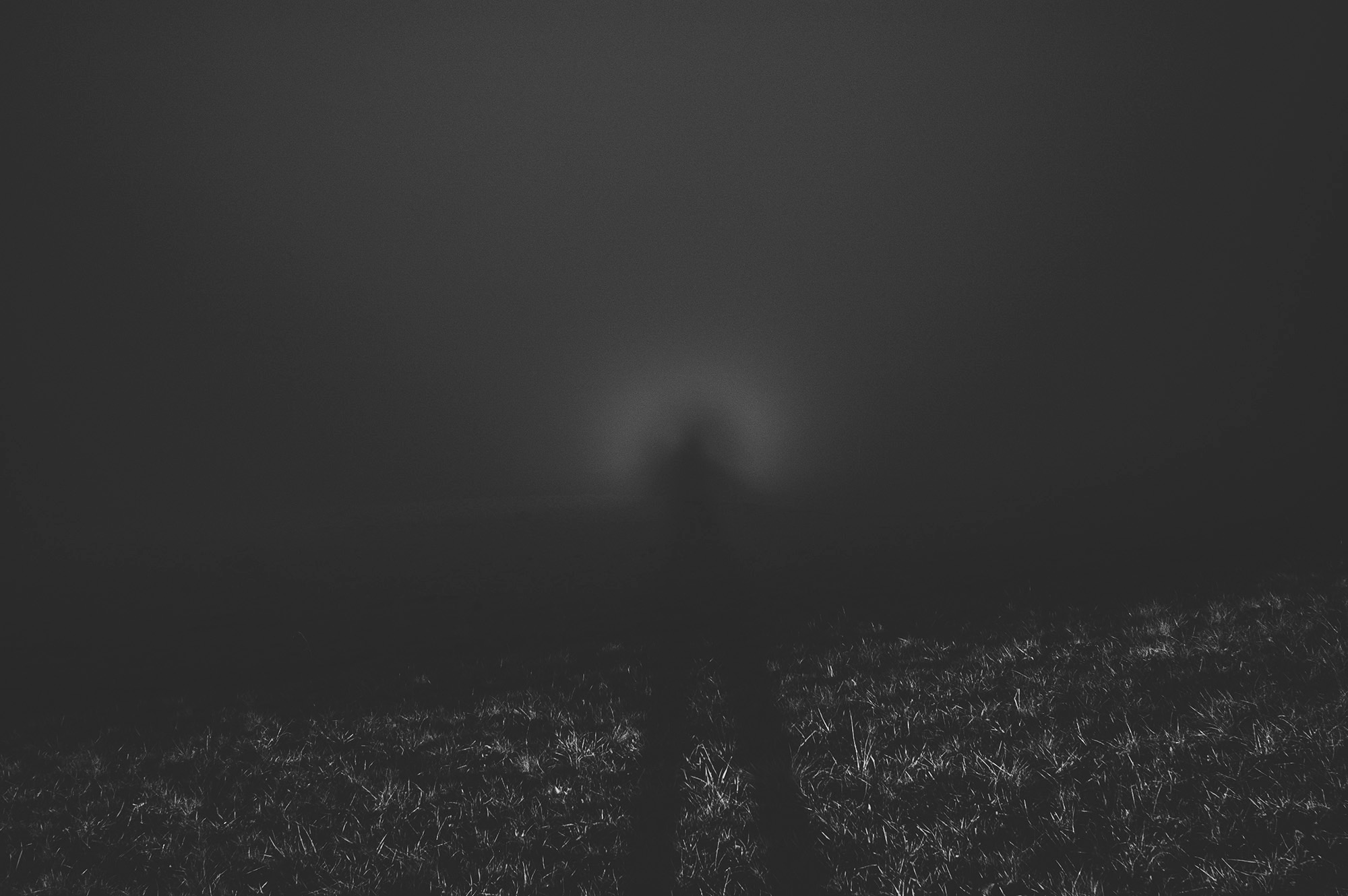