Ever wondered what an infrared rainbow looks like? Only for about a quarter of an hour, shortly before disappearing on the horizon, the sun shone yesterday. And in doing so – after hours of rain – conjured up a rainbow on the dense cloud background over Thun.

I used a filter combination that lets through a little visible and IR, about 700 nanometers. The infrared rainbow is mainly white, but you can still see a little color at its edges.

The image reminds me of a painting by Caspar David Friedrich, one of my favorite painters, who is also a great inspiration for my pictures. It is called “Mountain Landscape with Rainbow”.

The painting is dreamlike-surreal, as it combines day and night. One sees at the same time a seemingly moonlit night sky and a sunlit hill with a hiker. Above it shines the rainbow, which is colorful only when viewed up close. The opposites of day and night are unified by the rainbow, which, according to Wikipedia, “symbolizes the covenant between God and humanity in the Genesis account of Noah’s Ark.” 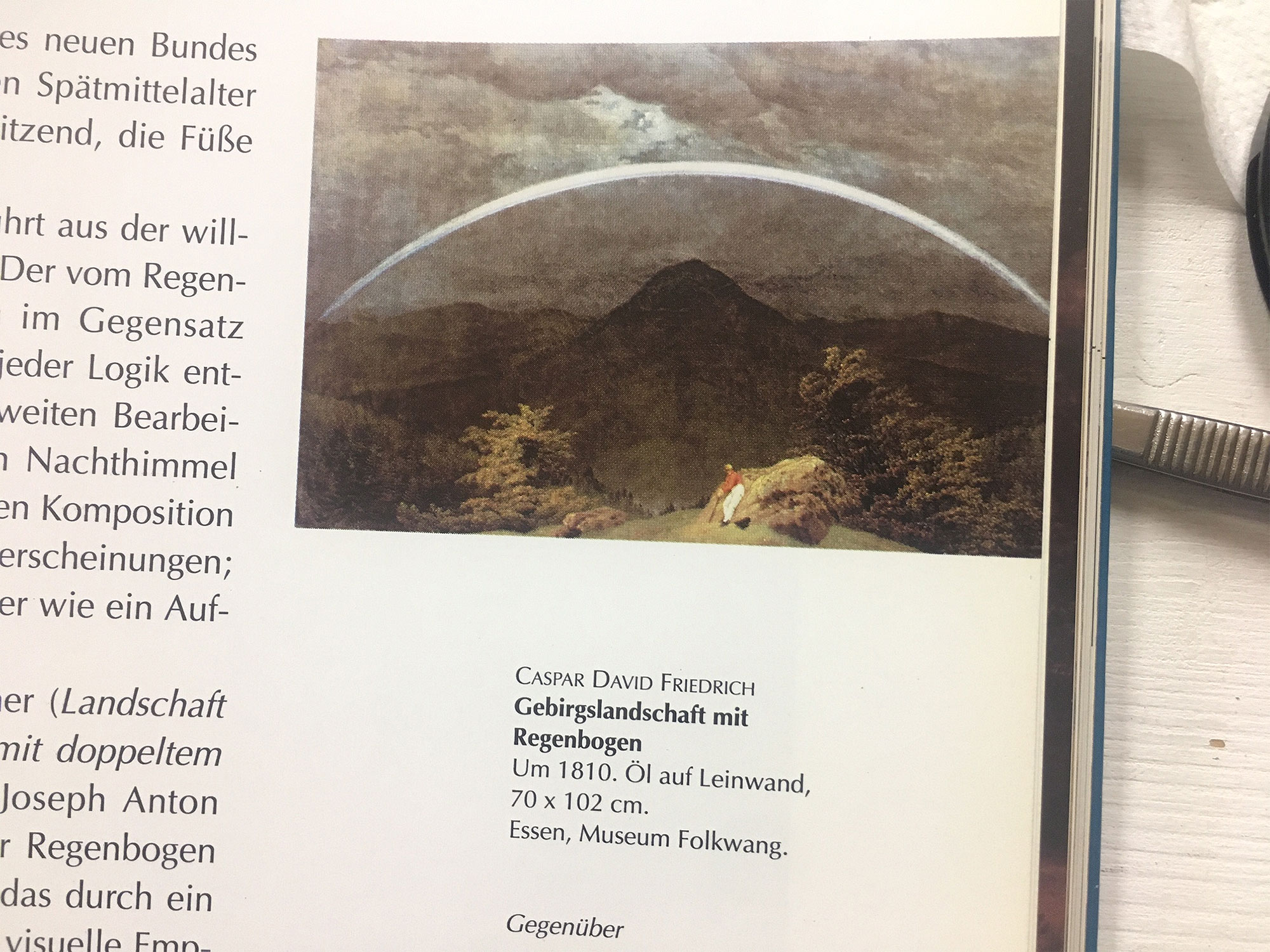 How nice that would be to photograph an infrared rainbow in the mountains. Or over a lake. In this case, the Thun military barracks serve as a complementary element.